What is a silo in marketing?

Siloed marketing is an isolated, disconnected, or incomplete integration of all online marketing channels and functions. It could be using just one or two channels or platforms, or using multiple digital tactics, but using them in ways that don't work together. The large number of channels available makes it unlikely that a single in-house department or outsourced agency can claim to have experience in all of them. Silo marketing allows a company to decentralize its efforts by assigning specific channels to the people or agencies most competent in their use.

Silos can be relatively simple, such as one for traditional media and one for digital metal, or they can reach the channel level. As marketing encompasses so many discrete communication channels, from television to the press to the Internet, many marketing agencies now specialize in just one or two areas. This puts companies in the position of hiring multiple agencies to manage the full spectrum of marketing needs. Like departments in a company that operate independently or for conflicting purposes, these agencies can act independently and publish materials with conflicting or inconsistent messages about everything from the brand to the products.

This independent and often inconsistent messaging across channels is called siloed marketing. Organizational silos are any type of barrier between teams. They usually arise when leadership struggles to bring teams together, due to conflicting priorities, objectives, working methods, and speed of work. This creates an environment in which different departments hide information by using different software and services.

A silo mentality is the reluctance to share information with employees in different divisions of the same company. This attitude is considered to reduce the efficiency of the organization and, in the worst case scenario, contributes to a damaged corporate culture. It simply doesn't make sense for a group of silos to try to create these types of assets and abilities; in fact, it's usually not feasible because silos lack scale. To prevent a brand that spans silos from becoming confusing and inconsistent, a best-practice organization will have brands that adapt to silo contexts and, at the same time, maintain the coherence of the brand's character.

Sometimes silos occur within a marketing department, and sometimes your marketing department is isolated from other departments in the company. Eliminating the degrees of freedom from silos is considered not only reckless but also unfair, since it could affect the results that determine your compensation, recognition and career path depend on the performance of your operations in silos. What is the silo problem?

If this is a familiar situation for you, chances are you have an organizational silo problem. And it must be taken care of before it expands and compromises the objectives of the organization. What Is Website Silo Architecture And Why Is It Important For Santa Rosa Businesses?

If you're running a website, ensuring that your architecture is as efficient as possible is essential. This means organizing your pages and content in a way that makes the most sense for users and search engines. What is site architecture? 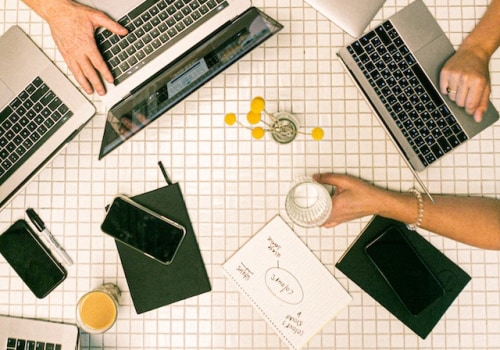 The Importance Of Website Silo Architecture To Businesses In Orange County

Businesses in Orange County need to focus on website silo architecture to see growth. This is because companies can improve their SEO ranking and connect with their customers by using this approach.